Chasing down dreams. ALL of them.

As the Wall Fell–Thirty Years On 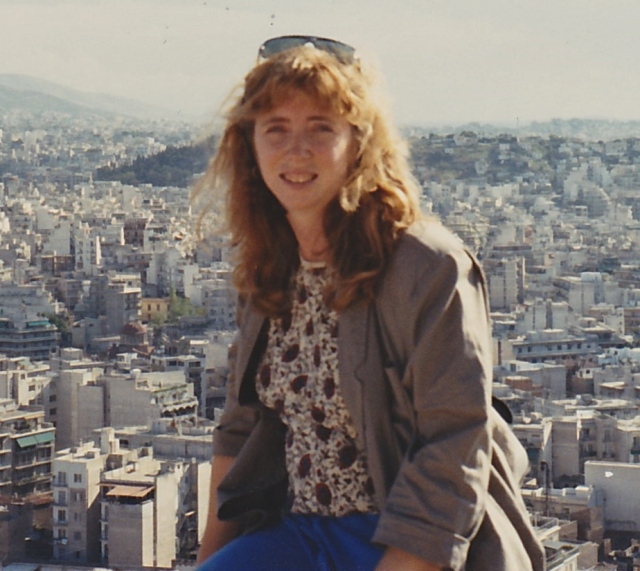 When I traveled with my dad, Konstantin Furness, adventure followed.  No matter where we went, or how we traveled, something was bound to happen. It might be minor—discovering a new food, meeting a new person, buying some new oddity for the house—or major: deciding to veer off the beaten track to “see what this is all about”; seeing a huge crowd of people and stopping to find out what was going on; or completely changing the itinerary because he’d heard about “something interesting there”.

On a trip to Greece and Bulgaria in the fall of 1989, several adventures happened.

First, the Berlin Wall came down.

Who knew that was going to happen? Well, in all honesty, there were prior rumblings.

Two years before, then-President Ronald Reagan called out in a speech, asking then-Soviet General Secretary Mikail Gorbachev to “….tear down this wall!”. By 1988 and 1989, Communism in Poland, Hungary, and Czechoslovakia was beginning to falter, and people in Communist East Germany were finding ways through those countries to the West.

As November approached, my Dad and I found ourselves in Greece, on a long-anticipated-but-relatively-quickly-planned father-daughter trip. I was 29 and “between jobs” as we say, and Dad was 88, a robust man for his age.  That time of year is glorious in Greece, with fewer tourists and cooler weather. In our week there we wandered through the Parthenon and the Acropolis, were accosted by unscrupulous “tour guides”, enjoyed incredible food, and refreshed ourselves with the sea air on the island of Rhodes. But then, it was November ninth, and time to pack up for the next day’s flight to Sofia, Bulgaria, and the loving arms of Dad’s family.

As I packed my bag, I kept an eye on CNN, inveterate newshound that I’ve always been. Suddenly, breaking news! THE BERLIN WALL IS COMING DOWN! THE CHECKPOINTS ARE OPEN! I shrieked at Dad, “Get over here NOW! The Berlin Wall is coming down! Look at this!!” Poor man, he was only about six feet away, but I was screaming like he was down the hall! We sank down on the end of my bed, all packing and preparations forgotten, turning up the TV. We looked at the TV, then at each other, then back at the TV.

Was this real? Were we witnessing history, a thousand miles north of us? My Dad had seen so many things in his long life—some amazing, some so awful—and now he was seeing this huge, long wall that had separated families and cultures come down. Was this the beginning of the end of Communism? We watched, entranced, as people took sledgehammers to it, helped each other climb up on top of it from both sides, hugging, singing, and cheering. It was, indeed, so very real. I grinned at Dad, hugging him, and he smiled back, shaking his head in wonder.

I stood up and opened the French doors to the tiny balcony of our hotel room. Leaning on the railing, I could hear, faintly, from other rooms and the rooms of the hotel across the street, TV’s and astonished comments in a multitude of languages. It didn’t take fluency in those languages to understand the phenomenon that had just occurred.

I remember thinking, “what now? What happens now? How do these two countries come back together? Surely this will take awhile.” And so it has. More on that later.

I turned, and went back to sit down beside Dad, as CNN moved to the next story. Nothing could be more unbelievable or astonishing, could it?

But the next story was that Bulgarian President Todor Zhivkov was resigning! WHAT? One of the most hard-line Communist leaders was RESIGNING?  Dad and I exchanged looks of utter shock, and he voiced in his still-heavy Bulgarian accent what I only dared think, “what will we find tomorrow, Mary? What will Bulgaria be like when we get there tomorrow?” But there was a twinkle in his eye, a raised eyebrow, the tilt of that head, and the smile he reserved for adventures.

We went back to packing, thinking, and hoping.

As we say in the news business—more on that story, next.

Since the beginning of time, people have wandered. They have sought new homes, new lands, new food, and then… new adventures. They have have gathered, in groups large and small, to tell tales of where they’ve been and what they’ve seen.

Come with me now, as I tell my tales–and you tell yours–and we chase our dreams.